Think NPC. Talk NPC is a subsidiary campaign to Think Again. Think NPC, which focuses on how a patient with undiagnosed Niemann-Pick type C disease (NPC) or their carer/family members might describe their symptoms to a healthcare professional, to increase clinical recognition.

As with other rare diseases, the signs and symptoms of NPC are highly variable and not specific to the disease, which means that NPC often goes undetected or is misdiagnosed. By assisting physicians to recognise the symptoms of NPC as they are described in everyday language and link them to the disease, earlier diagnosis and earlier access to care becomes a more achievable goal.

If a friend, family member, or patient presents with symptoms, which one may consider to be related to Niemann-Pick disease type C (NPC), then you should immediately refer this person to a specialist centre for diagnostic testing, the quicker the process is initiated the better. Confirmation of diagnosis will not only help to facilitate access to treatment but will also enable patients and their families to seek help and support from charities and other associated organisations.

Early diagnosis means patients can access support, which can improve their quality of life and the lives of those around them. Early diagnosis is also important as NPC is a treatable disease. Treatment can help to manage the symptoms and can slow down the progression of the disease.

Earlier recognition of key symptoms of NPC is critical in order to achieve an earlier diagnosis for patients. The symptoms of NPC can be categorised as systemic (visceral), neurological or psychiatric. The most common symptoms are shown via the link below.

One of the strongest indicators of NPC is when a patient presents with symptoms in more than one of these categories. Therefore, linking these symptoms together can facilitate a fast and differential diagnosis of NPC.

Symptoms present at different ages and in different combinations. The age of onset of visceral symptoms is independent of the onset of neurological disease, which occurs along a continuous spectrum with considerable overlap between the age categories as shown in the diagram (Vanier 2010).

A rigorous neurological examination of VSGP should include testing of smooth pursuits, saccades, and vergence (movement of the two eyes in opposite directions). In all patients, saccadic, pursuit, and vergence movements should be examined in both vertical and horizontal planes.

NPC can be difficult to recognise because the symptoms can occur at different times and with varying severity in each person. For some patients, symptoms are quickly linked to NPC if their doctor knows about NPC. However, for others, it may take many different doctors a number of years to finally link them together and suspect NPC as there is a lack of clinical awareness about the disease. Once NPC is suspected patients are referred on to a specialist centre for diagnostic testing.

If you suspect a patient has NPC then you can find details of specialist centres in your country. 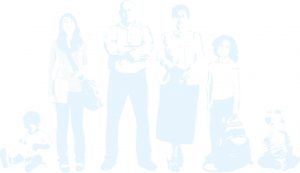 Do you have more questions than answers? Try our FAQs page.